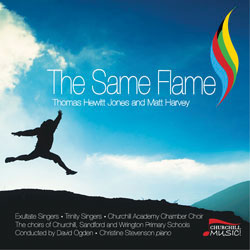 See the video of the premiere – yours truly at the piano!

The 2o12 Olympics may have come and now gone, but The Same Flame preserves their legacy in a fantastic combination of words and music.

Available to buy at all good record stores, from Presto , MDT and here; or download from iTunes or  Amazon.

My recording of Liszt’s Années de Pèlerinage -Italie has now been released!

Recorded at Potton Hall in Suffolk, UK, it includes the electrifying ‘Dante’ Sonata – Liszt’s musical re-interpretation of Dante’s journey from Hell to Paradise, as well as pieces inspired by Sposalizio  – the painting by Raphael , Il Penseroso – the sculpture by Michelangelo,  three love sonnets by Petrarch, and the jaunty Canzonetta del Salvator Rosa.

‘…Stevenson’s scrupulous observation of the subtlest indications in Liszt’s score, combined with a heightened sensitivity to his voice-leading, allows her to point up many details that often go unnoticed. Sposalizio and Il Penseroso…have cohesion and sweep, everywhere tinged with poetry… Stevenson’s passionately eloquent approach to the three Petrarch Sonnets is especially persuasive. In all three, she displays a fine feel for the melodies’ Italianate inflections, while realizing all the implications of their rich harmonic underpinning. The delicately fluid tempi rubati seem to grow organically from Petrarch’s texts.
Stevenson’s technique is equal to the formidable demands of Apres une Lecture de Dante… Here as elsewhere, Stevenson’s interpretative choices seem entirely her own… this Dante is always thoughtful, proportionate, and never less than effective…her artistic execution and the strength of her musical ideas…her noble interpretation of the Jeux d’eaux a la Villa d’Este…’
Patrick Rucker, Fanfare Magazine (Jan/Feb 2012) 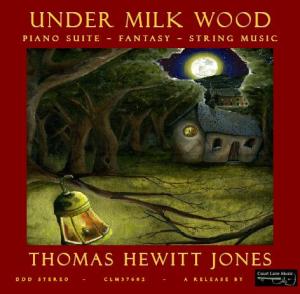 My recording of piano solo and chamber music by award-winning British composer Thomas Hewitt Jones is available from MDT, HMV, Crotchet and Presto in the UK -or CDBaby in the USA. And it’s on iTunes, and in all good download stores.